Morabito Consultants fosters a close-knit, family-like environment where fully-licensed, highly trained professionals can work together on an exciting array of projects. Our success is due to our people–dynamic engineers and support staff whose talents show in every project we complete. 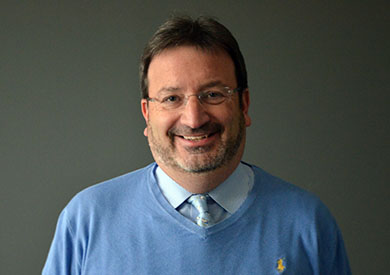 Fred, one of the founding principals of Morabito Consultants, has more than three decades of experience as a PE. His particular expertise is school projects, as evidenced by recent, multi-million dollar developments at Mount Saint Joseph High School, Loyola High School and Bennett Middle School. Additionally, Fred works on many design/build projects, like that at Johnson Controls in Middletown, Delaware, and the ongoing renovations at the Ocean City Convention Center. On a daily basis, Fred manages numerous projects including those under construction, and oversees the work of several structural draftsmen and design engineers. Although he doesn’t visit the field as often as he once did, he still enjoys seeing a building on paper become a tangible structure and often assists construction inspectors in solving various field problems.

Fred is known for his meticulous oversight of quality control and likes nothing better than to prepare a well-crafted set of drawings that are coordinated with all disciplines. Outside the office, Fred enjoys the simple things in life, like spending time with his wife Sharon, daughter Danielle and son Josh, a project engineer at Morabito Consultants. A 1982 University of Maryland graduate, Fred has been an avid Terps basketball fan since he was 10-years-old and never turns down the chance to see the Orioles or Ravens in action. Fred recently developed a passion for golf and enjoys the challenge of this demanding game.